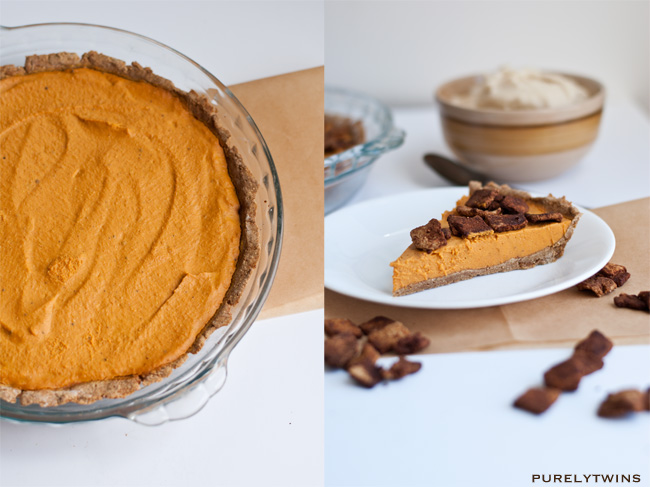 We’ve been busy over here the last couple of weeks practicing new recipe ideas. And today we are sharing one of our successes — are you ready for some pie?

Not just any old pie? 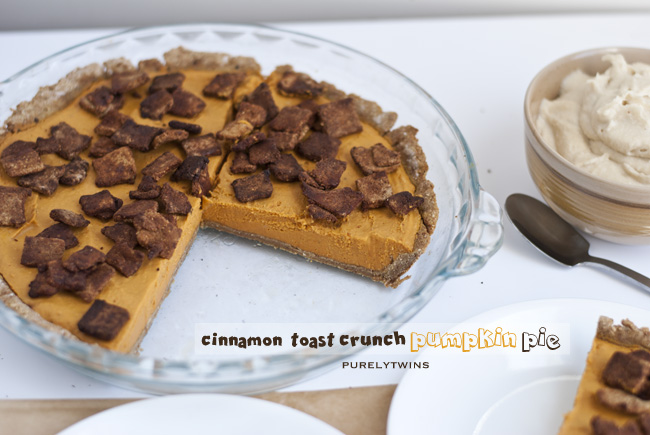 This pumpkin pie recipe is gluten-free, vegan, dairy-free, nut-free, and soy-free, so everyone in the family should be able to enjoy a slice.

We are not the biggest pie lovers but we do LOVE some good old pumpkin pie. And a nice apple pie too. Growing up pumpkin pie was THE holiday recipe we looked forward to the most. It reminds us of family. We have many happy memories eating pumpkin pie. We normally make a few pies as we it never gets old to us and our whole family loves pumpkin pie too.

But today it’s all about pumpkin and cinnamon toast crunch.  A new way to enjoy the classic holiday pumpkin pie. 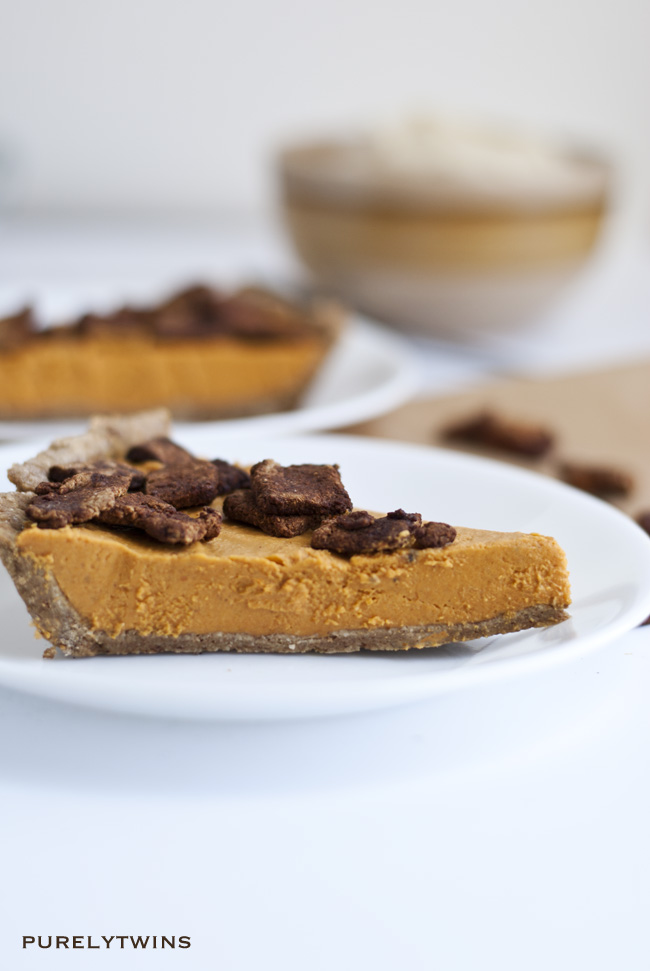 We thought of this dessert creation one day over coffee. Naturally we were discussing dessert recipes in the morning over coffee. We admit that happens a lot. Don’t hate us. 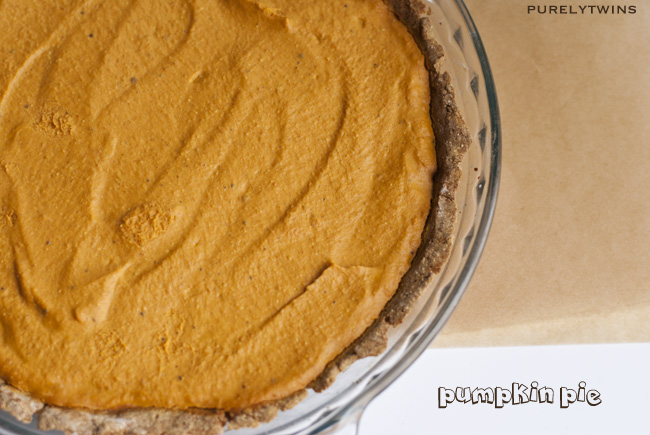 This cinnamon toast crunch pumpkin pie was just what we envisioned…we really wanted something different and tasty.

Who doesn’t like their cereals with just about anything?

And ever since we started making homemade cereals we want them all the time. We enjoy them in blizzards and with marshmallows.

We present you with the new best tasting pumpkin pie recipe. 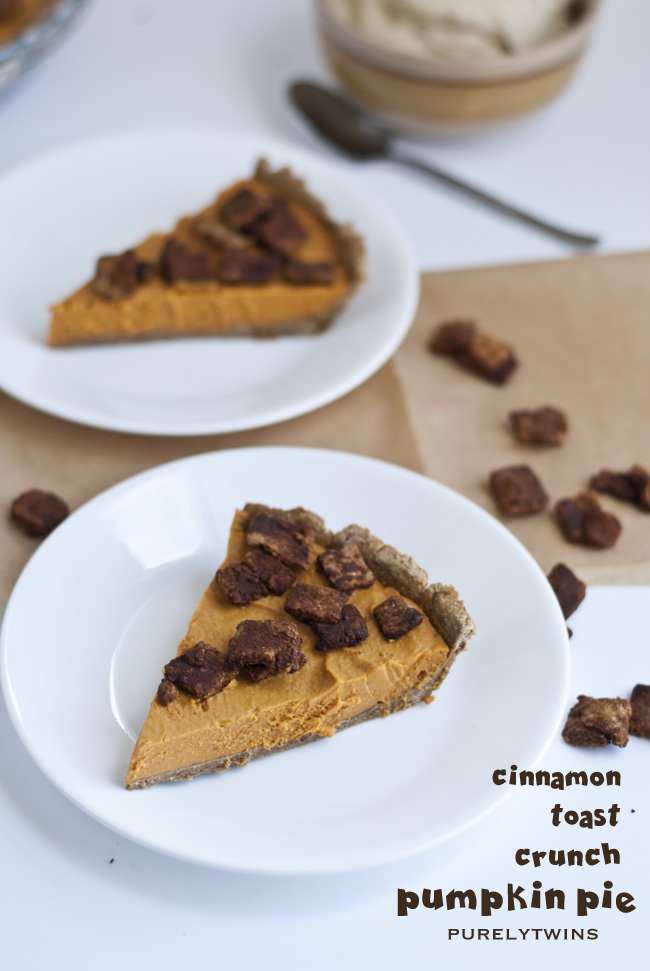 What makes this pumpkin pie so different and extra delicious is we used CINNAMON TOAST CRUNCH as the CRUST.

Did we blow your socks off? haha 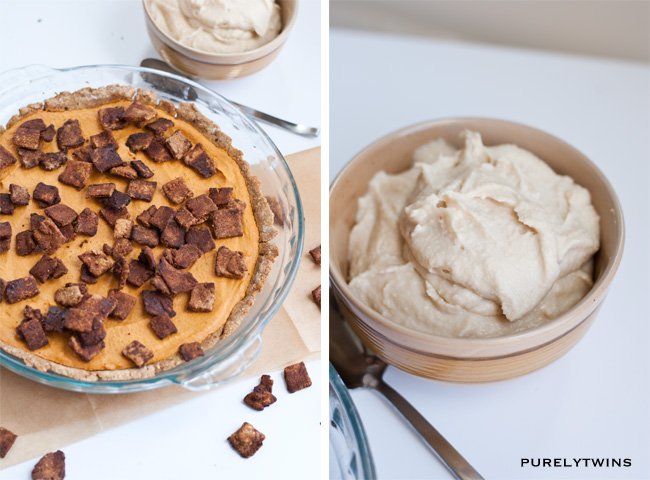 This pumpkin pie recipe is so easy to make too. Just the way we do most of our recipes plus keeping the ingredients as wholesome as we can. Although you have to live a little on the edge right? And why not mix cereal with a holiday favorite?

And you know what would go great with this cinnamon toast crunch pumpkin pie??? Cashew creme. We used the cashew marshmallow creme from our S’mores cookbook. But this one would go great too.

Here is the recipe: 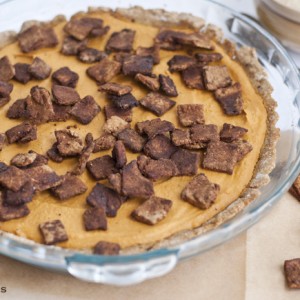 Cinnamon toast crunch pie shell matched with silky pumpkin pie to make one upgrated holiday pie.This pie is free of gluten, eggs,dairy, and soy. Can be made without nuts and grains. 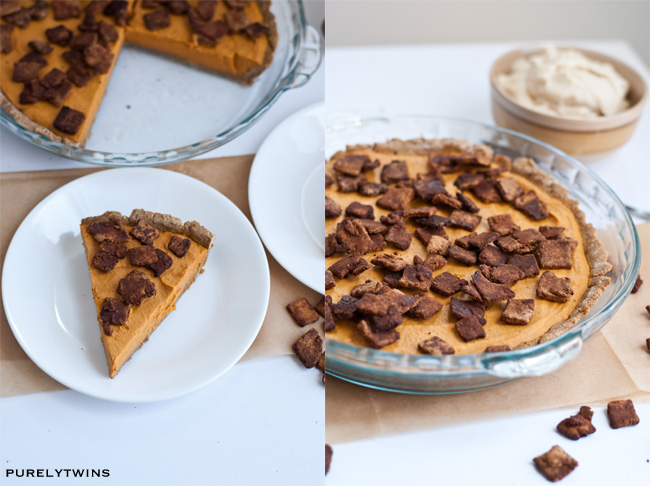 We love this cinnamon toast crunch pumpkin pie just as much as we were in LOVE with our cocoa puff blizzard.

Twins question: What do you think of our cinnamon toast crunch pumpkin pie recipe? Are you a pumpkin pie fan?

be passionate and fit,

what time do we get up, go to bed and thoughts on meal times

What better way to improve pumpkin pie than topping it with cinnamon toast crunch!? GENIUS

Jojo the crust is made out of cinnamon toast crunch too!

I’m a huge Cinnamon Toast Crunch AND pumpkin pie fan, so this is right up my alley! Sounds yummy!

I knew I was going to be super excited when you started posting the pumpkin recipes!
I’m all about the pumpkin and all your recipes are always delicious!
Can’t wait to try this out.

Your brilliance strikes again! I was so excited for you to post this today after the IG pic. This may be the best re-birth/recipe combo yet!!!

Ok, I have no words! This is one of my favorite things you guys have created! 🙂

This sounds so amazing! Plus, I just made a batch of the pumpkin pie mousse. This couldn’t be more convenient! You ladies are always coming up with the most wonderful recipes. Thanks for all the inspiration!

that’s it, i’m coming to NC for the holidays. I need your cooking! love the cereal addition, brilliant as always!

I’m so excited for this recipe! This is one thing that I can have for Thanksgiving that is free of all my allergens!! xoxo

Hello, I was just wondering how you make the crust…not sure ifi missed something. If its just the cereal, how does it hold together? Thank you.

the cinnamon toast crunch cereal is the crust – we just blended it up in a food processor and pressed into the pan.